Nobel Prize in Physiology or Medicine 2022

Svante Pääbo: The power of ancient genomics and archaeology

7. October 2022 by Tom Higham
University of Vienna archaeologist Tom Higham congratulates his colleague with whom he has been working together on many projects over the years. He explains Svante Pääbo's key achievements and what the Nobel Prize means for the people working in the field.

Paleogeneticist Svante Pääbo of the Max Planck Institute for Evolutionary Anthropology (MPI-EVA) was announced this week as the winner of the 2022 Nobel Prize in Physiology or Medicine, for his work uncovering the genomes of extinct hominins and the implications of this for understanding human evolution.

For researchers like us, who collaborate with him and his team in working on aspects of human evolution, palaeoanthropology and archaeological science, this is a moment to cherish and celebrate.

Palaeoanthropology and human evolution are not, of course, subject areas that award Nobel Prizes. Willard Libby of the University of Chicago won the Nobel Prize in Chemistry 1960 for his work on developing radiocarbon dating, a tool which revolutionised archaeology. For me, as a radiocarbon dating specialist, Libby's win always resonated as a moment of huge historic importance. Pääbo's Nobel Prize will have a similar resonance in the years and decades to come. It puts ancient genomics on the map as one of the transcendent developments in efforts to understand ancient human origins and evolution.

You may also read
Archaeological Science as Game-Changer
What ancient genes tell us about who we are
Using the latest scientific methods, Tom Higham and Katerina Douka from the University of Vienna want to solve a great mystery of human evolution: Why are we the only humans left?
© feelimage - Matern
© feelimage - Matern
Tom Higham is Professor of Natural History Archaeology at the Faculty of Life Sciences at the University of Vienna and deputy head of the Human Evolution and Archaeological Sciences research network (HEAS).

In 2010, Pääbo's Neanderthal Genome Project announced that the nuclear genome of Neanderthals had been sequenced. Through this he had discovered that our ancestors and the Neanderthals had met and interbred, and that ~2-3% of the DNA of most living humans is derived from them. This solved, at a stroke, a question that palaeoanthropologists had been arguing about for decades. Virtually every ancient human nuclear genome sequenced since has confirmed that admixture happened again and again, between different hominins. The genome of a 40,000-year-old man from a Romanian cave site, for example, yielded evidence that showed he had a Neanderthal great-great grandfather. 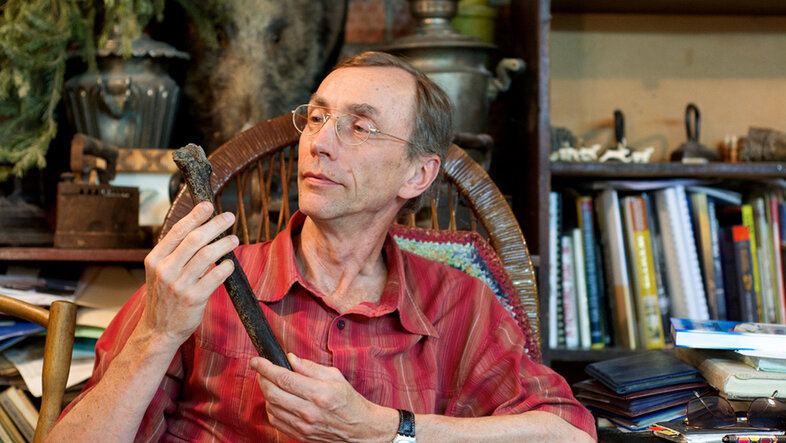 Svante Pääbo's pioneering work, more than anyone else, established the field of ancient genomics. He was awarded the 2022 Nobel Prize in Physiology or Medicine "for his discoveries concerning the genomes of extinct hominins and human evolution". © Bence Viola (University of Toronto, Canada)

The proof that our ancestors and the Neanderthals had interbred

Pääbo's pioneering work, more than anyone else, established the field of ancient genomics. For years, the extraction of ancient DNA was plagued by problems of contamination. Results were reported that were later shown to be highly problematic. Improved laboratory methods, the establishment of clean labs and an almost pathological approach to ensuring that DNA extracted from ancient bones and teeth was endogenous, led to the MPI-EVA laboratory and subsequently others, overcoming these challenges. Since the late 2000s these improvements have led to a series of incredible insights into ancient humans and their world. Pääbo's name has usually been at the forefront of this, particularly when it comes to our ancient human cousins, the Neanderthals.

In 2010 Pääbo's team discovered an entirely new human group using DNA from a tiny finger bone found by Russian archaeologists working in the Siberian Altai site of Denisova Cave. These people, the Denisovans, represent a population that lived in the east of Eurasia and island SE Asia from around 300,000 years ago. Like Neanderthals, the results showed that some living humans inherit DNA from them too.

Pääbo's more recent work has focused on trying to work out the function of the important gene variants we inherit from these groups and those which are unique to us. Several derived gene variants appear to provide some positive adaptive benefits (immunological responses, improved skin and keratin, brown fat adaptation), but also some negative ones too (variants for Diabetes type 2, lupus, smoking addictiveness are inherited from Neanderthals). Pääbo has linked certain "archaic" gene variants to the ability of humans to resist Covid-19 infection, in both positive and negative aspects. Despite the challenges, this work has obvious significance for modern human health and personalised medicine based on genetics. 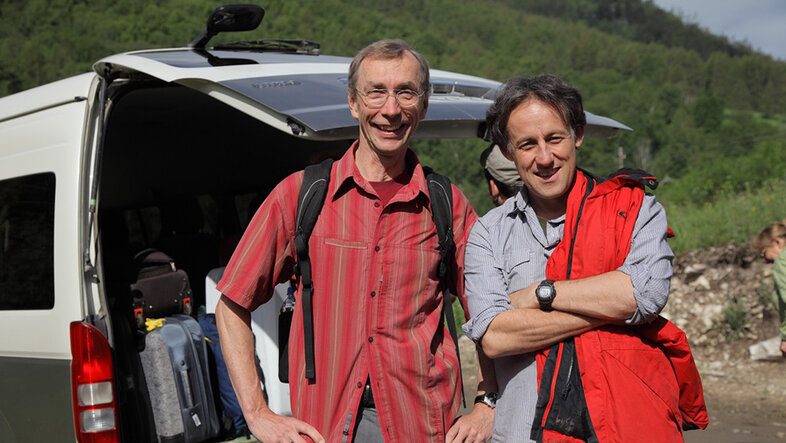 Svante Pääbo, winner of the Nobel Prize in Physiology or Medicine 2022, and University of Vienna professor Thomas Higham at the Denisova Cave base camp in Siberia in 2014. © Thomas Higham

My colleagues and I have been fortunate to collaborate with Svante and his team in analysing material at many archaeological sites, including Denisova Cave. In 2015 my group discovered a tiny 2.4 cm long bone at the site using a novel technique called collagen peptide mass sequencing (read more). The Max Planck team undertook the genetic work that showed the 120,000-year-old bone was the daughter of a Neanderthal mother and a Denisovan father. This is the first human first-generation hybrid ever discovered. This kind of stunning scientific insight is made possible by years of technical innovation, patience and dedication, as well as great teamwork.

The 2022 Nobel Prize honours a remarkable scientist, Svante Pääbo, and shines a wider light on the power of ancient genomics and archaeology to help us answer questions of wide interest to humanity: who are we, where did we come from? Pääbo's Nobel prize will be remembered and celebrated in palaeoanthropology and archaeology for decades to come.