15. January 2020 by Hanna Möller
Without understanding "invisible" structures, we will never be able to gain full understanding. Mathematician Sara Merino Aceituno from the University of Vienna examines cell-based phenomena leading to cancer formation, the collective movement of spermatozoa and its link to fertility and tissue formation. 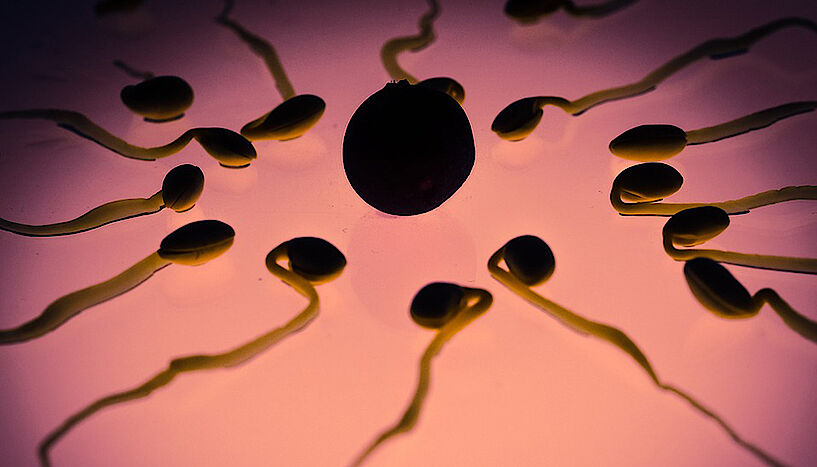 How do spermatozoa swim collectively? Mathematician Sara Merino Aceituno from the University of Vienna is looking for an answer using partial differential equations, probability, numerical simulations and modelling. © Pixabay

What do termite trails, pedestrian movements at crowded intersections or the flocks that birds create when they head South in colder months have in common? All these seemingly different systems share an underlying common structure that can be studied mathematically.

Sara Merino Aceituno from the Faculty of Mathematics at the University of Vienna refers to these phenomena, which can be observed in medicine, biology or social sciences, as "emergent": They consist of large-scale structures that emerge as a result of the interaction between many agents whose size is much smaller than the structures that they form. "Small-scale objects like atoms, molecules or cells compose the world we live in. Without understanding how these 'invisible' layers give rise to observable patterns and configurations, we will never be able to have full understanding," Merino explains.

The mathematician examines how emergent phenomena arise from underlying small-scale dynamics. In tangible terms: "The goal of my research is to derive observable dynamics and patterns for systems formed by many 'particles' like birds, ants, pedestrians, voters, cells or bits of capillaries". In her recent project, she investigates the patterns behind three systems: the mechanical factors producing metastases, the group dynamics of micro-swimmers and the development of epithelial tissue.

"Linking phenomena at small and large scales experimentally is hard," Merino says, "but we are able to establish this link with a powerful tool: mathematics." To conduct her research, she is using kinetic theory, originally developed in mathematical physics, but recently also applied to biology. She and her team are collaborating closely with biologists, in an iterative process of discussing, modelling and calibrating: "Biological systems are very complex. The key is to find simple models. A complex model is not tractable and does not yield much useful information due to the large amount of parameters. Extracting meaningful information from these models is what allows us to understand the emergence of patterns."

We have cancerous cells in our body, but they rarely produce tumours. Among other reasons, this is because several mechanical factors must occur in a combined way and in a certain order, for example a high proliferation rate of division or a loss of cell polarity. Biologists cannot modify a single cell experimentally, but they are able to modify large groups. "My team aims to create a model to narrow down the possible mechanical configurations leading to metastasis, so that biologists can do precise experiments on these particular scenarios", explains Merino, who received a Vienna Research Group grant by the Vienna Science and Technology Fund (WWTF) in 2017.

Understanding the mechanisms causing metastasis is "already a big thing", the young mathematician adds, but she also hopes that her models will be useful in medicine and early detection of diseases in the future. 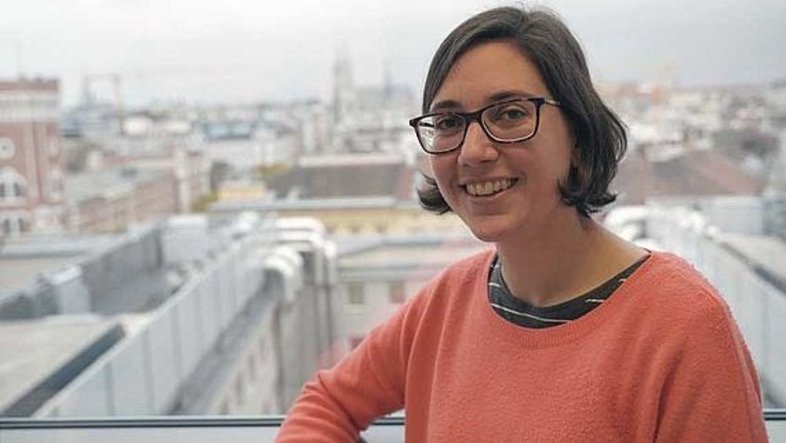 A different aspect of her project aims at understanding how spermatozoa move collectively. In some species, spermatozoa pack their heads together and synchronise their movement because as a "team" they can swim faster. Therefore, looking at how individual spermatozoa swim is not enough to determine the degree of fertility of a sperm, Merino claims. In the future, micro-swimmer research can have a great impact on the farming industry, where artificial insemination is crucial.

The great funding system in Austria, the expertise in her field and the "culture of interdisciplinarity" are some of the factors that drew Merino to the University of Vienna: "Christian Schmeiser, my scientific mentor here, is an expert in applications of kinetic theory to biology and has an established network between institutions, eg. the Vienna BioCenter or IST Austria – this makes Vienna a great research environment."

"If we only had layered knowledge, we would miss the big picture and do not see how phenomena at each scale are connected with each other", Merino says. "Connecting the different layers of knowledge is of major importance to gain full understanding of the world." (hm)

The project "Kinetic Theory Applied to the Study of Fertility, Cancer and Development" is conducted by Sara Merino Aceituno at the Faculty of Mathematics of the University of Vienna. The project is funded by the Vienna Science and Technology Fund (WWTF) and runs from October 2018 to September 2026.

© privat
© privat
Sara Merino Aceituno has been an assistant professor at the Faculty of Mathematics since 2018.

She works in the field of kinetic theory applied to the study of emerging phenomena in biology, medicine and social sciences using partial differential equations, probability, numerical simulations and modelling.