The Gut: Door to Life

13. January 2021 by Rudolphina Team
How does the gut influence brain health? The cluster project "PreMiBrain", a collaboration between the University of Vienna and the Medical University of Vienna, studies this connection in premature infants. The results could lead to the design of therapeutic substances to help neurodevelopment. 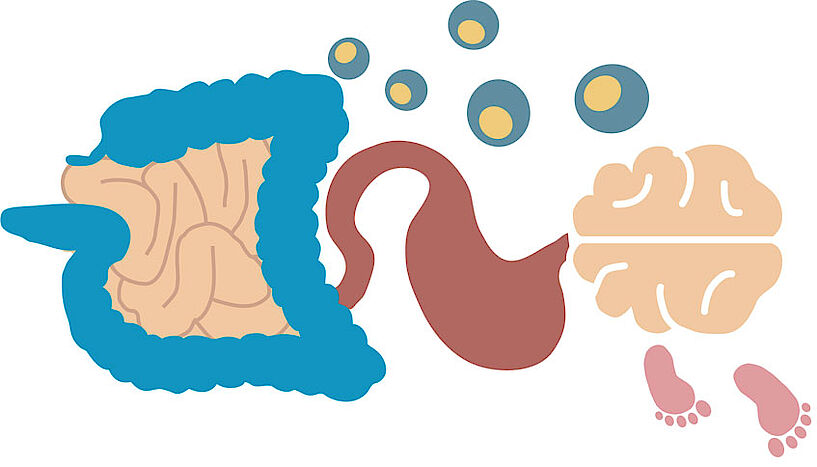 The gut microbiome and the immune system are supposed to work together to fight infections and diseases that may threaten our bodies. © The PreMiBraIn

How does the gut influence brain health? The cluster project "PreMiBrain", a collaboration between the University of Vienna and the Medical University of Vienna, studies this connection in premature infants. The results could lead to the design of therapeutic substances to help neurodevelopment.

The earlier an infant is born, the more at risk it is to suffer from long-lasting brain injuries. "Prematurely born babies are among the most vulnerable populations. Compared to healthy babies born at term, they are more likely to develop brain injuries that will affect their motoric and cognitive skills for the rest of their lives", David Berry from the Department for Microbiology and Ecosystem Science at the University of Vienna explains. "Additionally, we not only see differences in neurodevelopmental outcomes but also in the composition of their gut microbiomes. However, this connection has not been explored yet."

As part of the cluster project The Premature Gut Microbiome and the Influence on Neonatal Immunity, Brain Development and White Matter Injury ("PreMiBrain" study for short), David Berry and his colleagues at the University of Vienna and the Medical University of Vienna examine how the gut in particular might influence the neurological development of prematurely born infants. 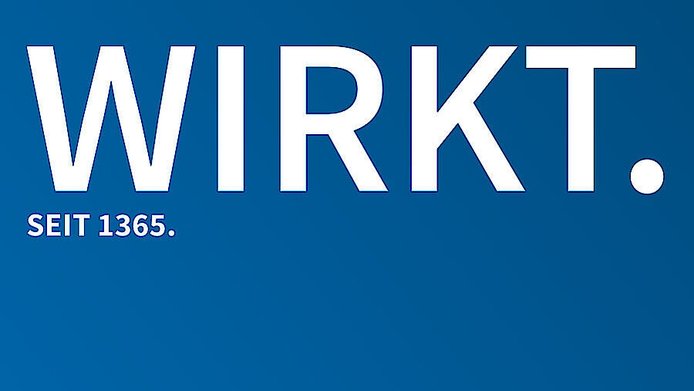 "It sounds very mysterious at first," David Seki, PhD student at the Department for Microbiology and Ecosystem Science at the University of Vienna and part of the PreMiBrain study, admits. "The gut is a very special niche for the microorganisms in our bodies. The entirety of those microorganisms – bacteria, viruses, fungi, etc. – is called gut microbiome. One of the immune system’s functions is to screen the microbiome. This is one among many initial tasks it has to do in life. So when an infant gets in contact with its first microorganism during or after birth, the immune system has to learn to react to it," he explains further. This learning process might take up to two years, which is also the time a gut microbiome might take to completely develop.

This way, the gut microbiome and the immune system are supposed to work together to fight infections and diseases that may threaten our bodies. In prematurely born babies, this is often not the case as their gut microbiome and immune system did not have the time to fully develop inside the mother’s uterus. This makes them more vulnerable to various diseases such as Klebsiella infections in particular.

Through the vagus nerve, the gut has a direct link to the brain. This link is not only a way for both organs to communicate with each other but also an important link in the pathogenesis of brain injury. "This connection is called the gut-brain axis," Lukas Wisgrill from the Division of Neonatalogy, Pediatric Intensive Care and Neuropediatrics at the Medical University of Vienna explains. "We want to decipher this axis. We want to see which microbes are perhaps beneficial in those children and which might generate brain damage in order to avoid these microbes in the future."

For this purpose, Berry and his colleagues studied a cohort of 60 prematurely born infants, who have a gestational age of less than 28 pregnancy weeks and a birth weight of less than 1 kg. They used a variety of different methods, including MRI scans, blood and stool samples and Amplitude Integrated Electroencephalography.

After two and a half years of research, the cluster project has nearly reached its end. One of the most important discoveries made in the study was that of the importance of time: "One of the key ideas is that there is a critical time window for the developmental process of a baby, meaning that there is a period when the immune system gets set in early life," David Berry describes. "If you do not get the proper imprinting during this time window, your system basically can be set in an unhealthy way for your entire life." Therefore, it is not so much the disease itself that is important here, but more the question of when it hits the baby's system. "We are now trying to identify the critical time window and the factors within it."

Even though the cluster project has nearly come to an end, Berry and his colleagues plan to stay in touch with the group of infants that they have observed: "We would like to follow them to watch their long-term neurodevelopmental issues as they come up and see real life predictors of that." Such a long-term study would not only allow the researchers to further understand the problem but also give insight into how they could potentially modify the gut of an individual. This might also open up the way for the design of therapeutic substances in the future.