The hidden pathways of the oceans

18. November 2021 von Theresa Dirtl
The aim of the EU-funded Sea-Unicorn project is to unify scientific approaches to "Marine Functional Connectivity" – i.e. the connections and pathways of marine organisms that allow the populations, species and ecosystems of the different oceans to connect. On board is Konstantina Agiadi from the Department of Palaeontology of the University of Vienna. 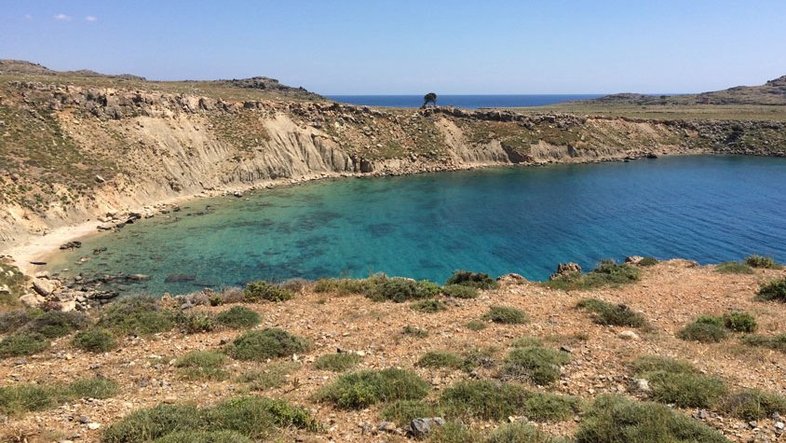 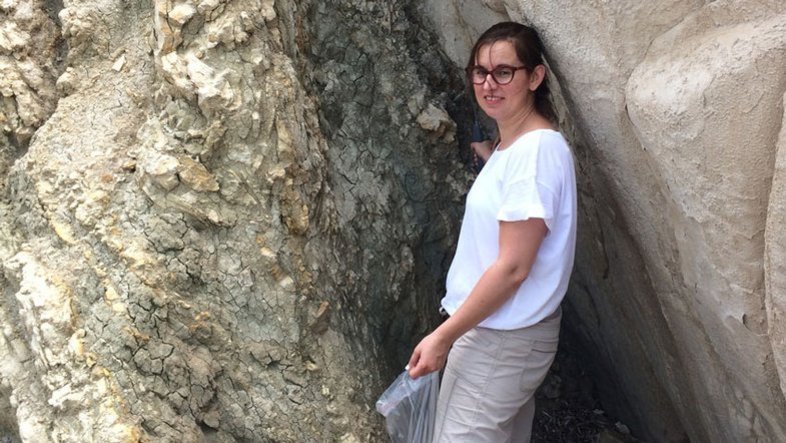 "When we are talking about modern climate change, including a three- or four-degree temperature increase, we have no recent analogue to this. So, we have to go to the geological past to see what happened", says palaeontologist Konstantina Agiadi, here on a field trip to study the sediments of the Pleistocene in Zakynthos, Greece. © Konstantina Agiadi 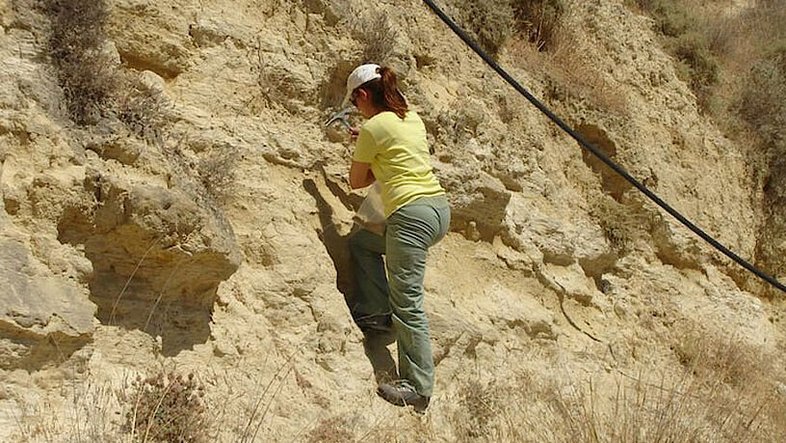 Rocks and more rocks: Konstantina Agiadi is looking for fossil fish otoliths, the ear stones of fishes. They tell her a lot about the fishes living in the Pleistocene, a time where the Earth also faced a temperature increase of four degrees Celsius. © Konstantina Agiadi

"You can achieve more working together than apart", this is the motto of the COST Action programme of the EU, bringing together scientists from all over Europe working in the same field to share, further develop and strengthen their research. "The project Sea-Unicorn tackles the issue of marine functional connectivity", explains palaeontologist Konstantina Agiadi. "This is the flow of individual organisms, populations, nutrients, etc. between marine basins. We observe different types of movements in the oceans, and connectivity has to do with the marine landscape, conditions and processes that allow these connections to happen."

Different approaches: from genomics to palaeontology

The main questions asked by the scientists of Sea-Unicorn are how the movements happen, what triggers them and how they affect the populations in each basin. All the Sea-Unicorn project partners draw on different expertise and methods to study marine connectivity, thus addressing not only fishes, sharks and whales, but also environmental DNA and modelling. One of the most common methods is the so-called 'tagging': scientists attach a small tag on the animal to see how it moves across the ocean. "Other colleagues are doing genomics, tracking the presence of species across the oceans through their DNA." 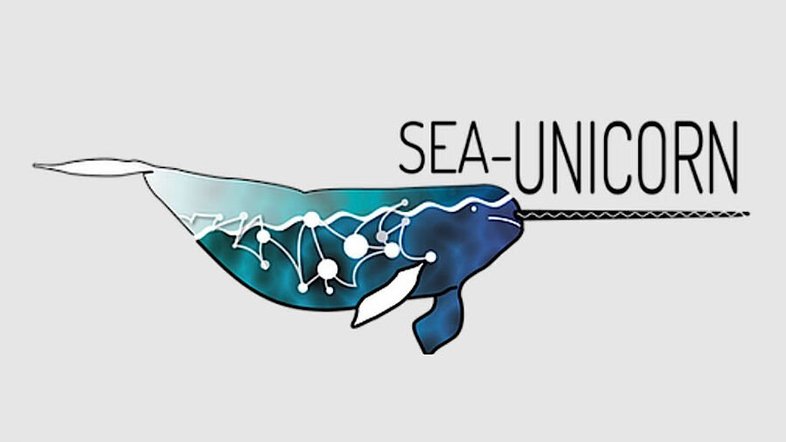 Sea-Unicorn is the acronym for "UNIfying approaches to marine COnnectivity for improved Resource maNagement for the SEAs". The narwhal (= the sea unicorn) is the totem animal for the project because this emblematic and endangered species is a typical example of species involved in marine connectivity and impacted by its changes. © Sea-unicorn

By studying the otoliths of fossil fish, palaeontologist Konstantina Agiadi is developing a model of the marine food web of the eastern Mediterranean Sea during the Pleistocene, 800,000 to 700,000 years ago. This particular time was a critical transition in the global climate: The deglaciation involved a temperature increase of four degrees Celsius. "And this is exactly the temperature increase predicted by the IPCC Climate Report presently", explains Konstantina Agiadi. " I study this interval to see how the food web has changed due to the temperature increase – I am interested in the entire structure and the composition of the marine ecosystem."

The connection to the Sea-Unicorn project is obvious: During the temperature increase thousands of years ago, species were coming and going. Fish species that were not normally living in the Mediterranean were entering and others were leaving. “When we are talking about modern climate change, including a three- or four-degree temperature increase, we have no recent analogue to this. So, we have to go to the geological past to see what happened”, says the palaeontologist.

The morphology of otoliths, the ear stones of fishes, is characteristic of the fish species they belong to. When Konstantina Agiadi finds them inside sediments from a particular area, she knows exactly which fish species were living there. "There are microfossils that existed only during a specific period of time in the geological past. When we find them inside sediments, then we know that these sediments and the otoliths within them were deposited during that period."

"The study area of my project is the eastern Mediterranean: My collaborators and I took samples from the sediments deposited during distinct glacial and interglacial periods, which are now uplifted due to the intense tectonic activity of the southeast Aegean Region and can be observed today on the island of Rhodes in Greece. By identifying the otoliths in these sediments, I was able to compare the fish faunas of these periods", explains Konstantina Agiadi. "What I came up with was that fish species living today in the subpolar region of the North Atlantic and even the Arctic Ocean were able to live and thrive in the eastern Mediterranean during glacial periods. In the interglacial periods, these fishes retreated back to high latitudes and the Mediterranean Sea was again inhabited by warm-water tropical fishes, species that today live on the coast of Africa, near Morocco and even more south." 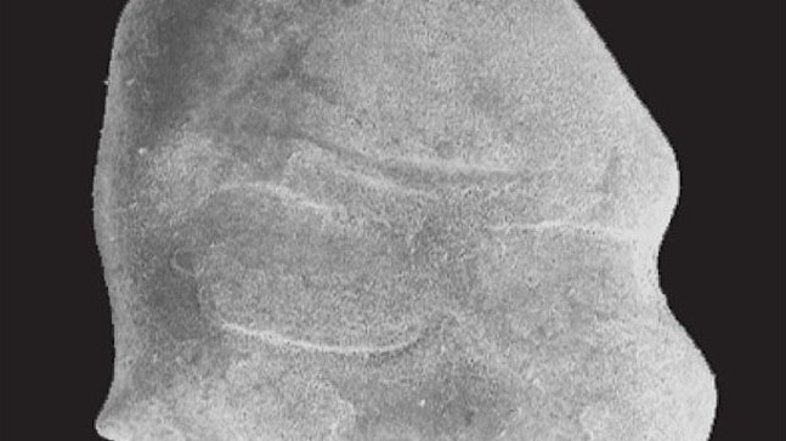 Are tropical fish coming into the Mediterranean today?

"Yes, tropical fish are coming today, but they are coming from a different pathway", says Konstantina Agiadi. Due to the Suez Canal opening, a lot of fish normally living in tropical seas are coming into the Mediterranean. "Some species we are not used to, but what my colleagues working in this field tell me, these fish are not driving the native fishes away, but they are instead filling empty places in the ecosystem, while at the same time native fishes are moving northward into colder waters."

Protection of marine ecosystems is crucial

The main difference between the climatic variability in the Pleistocene, which was natural, and the one happening today, which is due to human activities, is that the current climate change is happening too fast, not allowing many species enough time to adapt. In order to preserve marine organisms, scientists strongly recommend creating more marine protected areas and to target and prevent certain activities in particular areas that are sensitive, like nurseries. "But for all of these measures to work, we need to know more about marine functional connectivity: We need to know which areas are most important for all marine organisms", says Konstantina Agiadi, whose research is very important to compare the past with the present. "We cannot protect everything, but maybe we can protect the areas that are crucial." (td)

The Sea-Unicorn project, a COST Action funded by the EU, brings together a large, international and interdisciplinary group of scientists and stakeholders with diverse yet complementary expertise. Konstantina Agiadi from the Department of Palaeontology at the University of Vienna is currently a Lise-Meitner fellow and working on her project PALEOWEB. She is a member of the Sea-Unicorn project, which runs until 2024. Before Konstantina Agiadi came to the University of Vienna as a senior postdoctoral researcher, she studied Geology at the University of Athens (UoA), where she obtained her PhD in 2013, and worked thereafter as a postdoctoral researcher.