22. December 2022 by Magdalena Reichinger, Hanna Möller
What happened after the Big Bang? Astrophysicist Oliver Hahn is tracing our universe's early development by using supercomputers and clever algorithms. To find out more, our video team visited Oliver Hahn at the Department of Astrophysics of the University of Vienna.

Is anything more fascinating than the very early universe with its new born stars and galaxies? Not much, if you ask astrophysicist Oliver Hahn. The young professor at the University of Vienna combines his expertise in cosmology with data science to understand how the cosmic structure that surrounds us evolved after the Big Bang.

Hahn's data-driven simulations explain phenomena that are far beyond common imagination: How dark matter collapses and forms the seeds of galaxies; how the large-scale filamentary network of galaxies arises from the counteracting forces of the expansion of the universe and the pull of gravity; or how the largest collapsed objects in the universe – clusters of hundreds and thousands of galaxies – evolve.

The first thing that is associated with astrophysics are telescopes, "but not everyone in astrophysics really works with telescopes anymore", says Hahn, silencing the rumour flying around since his early career. Nowadays the modelling of the universe with computers is just as important: Therefore, Hahn and his team write programs that model the equations and describe the occurring physical processes. The researchers compare the outcomes from these simulations with the observations from high-tech telescopes located in South America or even floating in space.

"The fact that we can describe our universe and its formation mathematically and model it using supercomputers and clever algorithms is an immense cultural achievement," explains Hahn enthusiastically: "My research connects physical-mathematical description and astronomical observation and thereby also helps us to better understand our place in the cosmos."

The Vienna Scientific Cluster-5 has a total computing power of 4.3 petaflop/s, or millions of billions of computing options per second. It is twice as fast as its predecessor for practical applications – even though it uses almost the same amount of energy. The new supercomputer is operated jointly by the five Austrian universities TU Vienna, University of Vienna, University of Natural Resources and Applied Life Sciences Vienna, TU Graz, University of Innsbruck and, most recently, Johannes Kepler University Linz. In the picture: Oliver Hahn at the supercomputer (© Magdalena Reichinger) 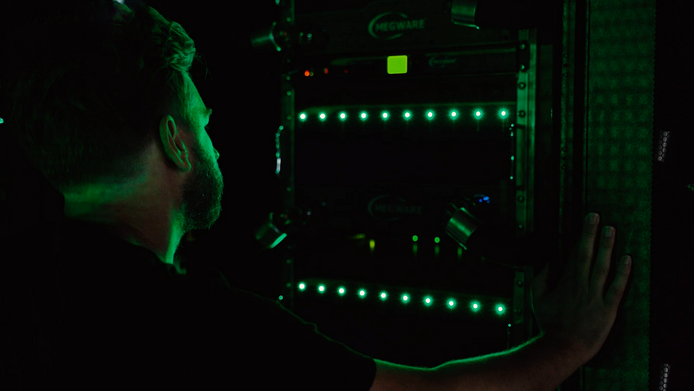 At a larger scale

In the video, Oliver Hahn describes himself as "a very visual person", who has always been fascinated by patterns in nature in general. "If you look at the very large scales, such as the universe, you see patterns that can be very similar to patterns on small scales: the network of roots of a tree, bubbles in foam, crack formation e.g. in dry soil, or lightnings going through the sky. Despite these being very different phenomena, their appearance is shaped by very similar equations." 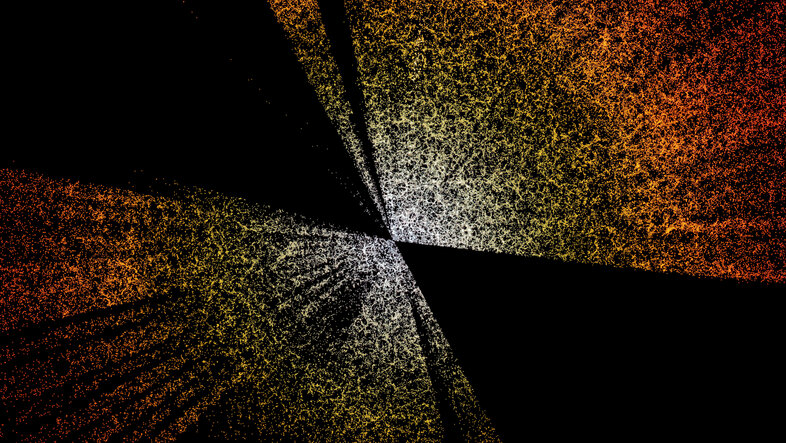 "Out of tiny density perturbations that originate from quantum fluctuations in the very early Universe, the filamentary cosmic web forms. In an expanding Universe and under the pull of gravity an intricate structure emerges", explains Oliver Hahn. In the picture: A slice through the 3D map of galaxies from the first few months of the Dark Energy Spectroscopic Instrument (DESI). The Earth is at the center, with the furthest galaxies plotted at distances of 10 billion light years. Each point represents one galaxy. © D. Schlegel/Berkeley Lab using data from DESI 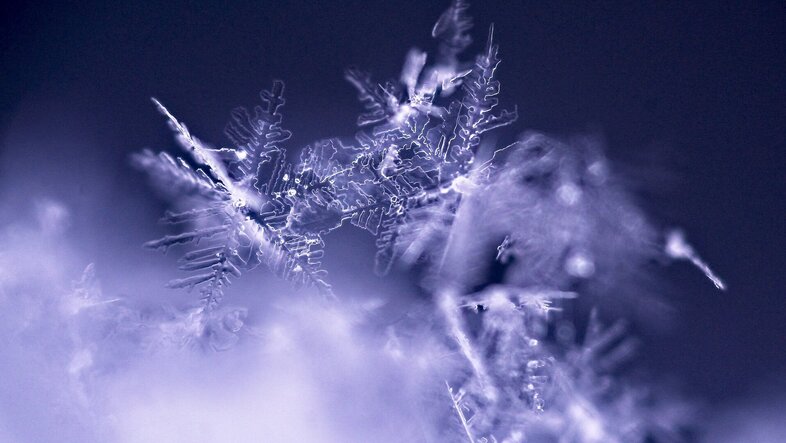 Speaking of patterns on small scales: even snowflakes can be described mathematically. They have a high degree of (almost perfect) symmetry and are always hexagonal (i.e. they have six corners). "This has to do with the crystal structure of the emerging ice, which is preserved as the flakes grow from the inside out", says Hahn: "Symmetries can be described in mathematics using the group theory. But there is also the famous 'Koch snowflake curve'. This curve is infinitely long without ever overlapping itself, although it fits on a sheet of paper at the same time." © pixabay/Iorilorilo 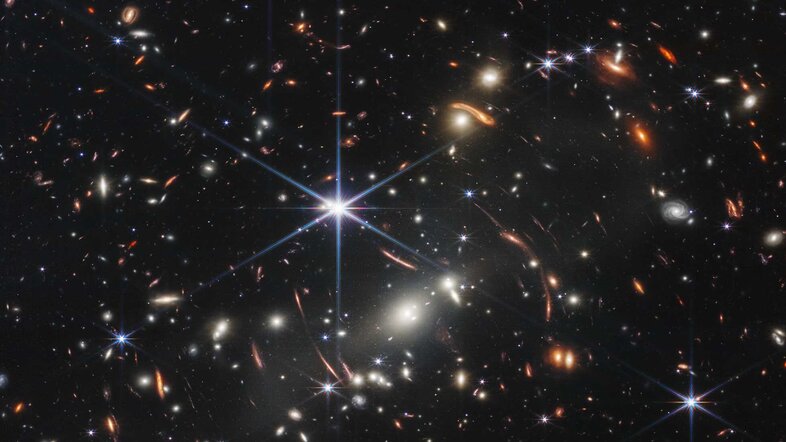 Back to the larger scales: thousands of galaxies flood this near-infrared image of galaxy cluster SMACS 0723, taken by NASA's James Webb Space Telescope. "These images are directly related to our simulations", explains Oliver Hahn. And don't they look a little like snowflakes? © NASA, ESA, CSA, STScI

The highlight of his research career so far has been the ERC Starting Grant awarded in 2015. In his ERC project, Hahn is employing radically improved methods for cosmological simulations in the context of dark matter and dark energy research. "The incredible amount and quality of upcoming multi-wavelength data will allow unprecedented measurements of the fundamental physics of our universe," says Hahn, "Confronting this data with accurate model predictions might allow us to shed light on the mystery of what exactly is the dark matter and dark energy that dominate the universe".

After a long day of cosmic questions

Finding solutions for new and exciting problems, exchanging ideas with other creative minds and travelling to new places is what Oliver Hahn likes most about being a researcher. When coming home after a long day of cosmic questions, he enjoys rooting himself with more earthly things, "cooking dinner, playing music, watching a movie or just reading a book," reveals Hahn smiling. (hm)

Oliver Hahn is Professor for Data Science in Astrophysics at the Faculty of Earth Sciences, Geography and Astronomy and Faculty of Mathematics at the University of Vienna. His main research focus is numerical simulations of structure formation in the universe.
Read more about it
Read now