16. May 2022 by Sarah Nägele
Our society has clear ideas about how pro-social behaviour and empathy are to be expressed. But the research of neuroscientist Giorgia Silani shows that people with certain personality traits, such as autism or alexithymia, understand different forms of expression. 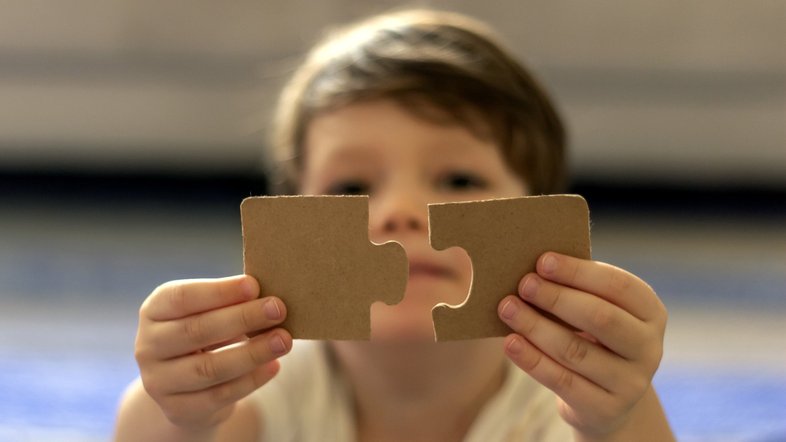 “From a neuroscientific point of view, there is no separation between the brain and the mind," states Giorgia Silani, "It is basically the same thing." © iStock

There are still many prejudices when it comes to autism. But the image of the emotionally cold, aloof genius has long been disproved – also thanks to Giorgia Silani, neuroscientist at the University of Vienna. In her recent work, the autism expert with Italian roots focused on the neural basis of social cognition and social emotions, especially empathy and pro-social behaviour.

Social rewards: Why we behave the way we do

The social motivation theory of autism was established a few years ago. It suggested that the particular way in which autistic individuals process social stimuli is due to a different motivation for engaging in social interactions. When they are born, they are not as interested in social stimuli, so they must be less motivated to look for social rewards, which is the starting point of a cascade of events leading to their symptomatology, scientists assumed. "But looking back, the approach they used to prove this lack of social motivation was the problem," says Silani.

To understand the new approach Silani used, we first have to look at what drives human behaviour: It is not only motivated by so-called ‘primary rewards’ such as food, but also by ‘social rewards’ like recognition, support or, more basically, interpersonal touch. Brain research clearly distinguishes between ‘wanting’ and ‘liking’ primary rewards.

But in the area of social rewards, this distinction had not been clearly established yet, especially for primary social rewards such as touch. "I wanted to see whether social reward also has these two neurobiological components of wanting and liking," Silani explains the starting point for her WWTF project Wanting and Liking: The Neurochemical and Neurocognitive Basis of Primary and Social Reward in Humans: "Nobody really measured social pleasure, but one of my theories was that autistic people do not drive for social reward, but they still enjoy it. So we investigated that." And they proved the then prevailing theory wrong: "They have the same drive for social rewards and can enjoy social interaction."

The result of Silani’s WWTF project showed that people on the autistic spectrum also have a drive for social reward and enjoy social interaction. © Pexels/Juan Pablo Serrano Arenas

The key to these new results lies in the experimental method. "There are a lot of different forms of social reward," Silani states, "For example, you can measure how much somebody is interested in a smiley face or in a thumbs up." But those are quite abstract forms of recognition. "We know that the machinery of the autism mind has some problem with abstract concepts," she explains, "So we used touch as a very basic social reward." And the research showed that autistic people respond to a soothing touch in the same way as a neurotypical individual would. "This was very interesting," the autism expert says, and it immediately raised the next question: "Do autistic people not enjoy other forms of social reward because they are 'social' or because they are too abstract?"

Persons with autism are known to have a higher level of alexithymia. This is a form of ’emotional blindness’ which Giorgia Silani started to investigate during her doctoral studies in London. "People with alexithymia cannot read their own feelings," she explains. Accordingly, people with this personality trait usually only perceive sensations on a physical level, for example as a stomach ache or headache. Silani and her team found that people whose ability to read their own emotions is limited also tend to have problems perceiving another person's emotions, with the consequence that they cannot empathise very well.

Therefore, the alleged empathy deficits of autistic people can actually not be attributed to autism but rather to alexithymia. "No one had looked into that before," Silani explains. And a lot has happened since she and her colleagues published their findings in 2008, she says. The alexithymia theory of autism has been formulated and this dimension is being taken more into account when talking about autism spectrum disorders: "It is beginning to be recognised that autism is not an emotional disorder. It depends on the symptomatology and other personality traits."

Together with an international team of researchers, Silani also investigated the relationship between the social psychological concept of sexual objectification and empathy. Using functional magnetic resonance imaging, they measured the brain activity of male and female participants towards two different targets: sexually objectified women and non-objectified (personalised) women. The scientists found that by simply modifying the type of clothes that the actresses were wearing, empathic feelings toward women portrayed in a sexually objectified fashion were significantly reduced compared to those shown in a personalised way. The reduction in empathic feelings was accompanied by reduced activity in empathy-related brain areas.

More about the research project "The neural correlates of sexual objectification"

With her research, Giorgia Silani aims to raise awareness of the role biological processes play in our daily life. Her current project "Music for Autism" explores the connection between autism spectrum disorders and music. Music therapy has shown promising results for children's social communication and relationships, but a better understanding of the working mechanisms in autistic children is crucial. The project evaluates the effects of 12 weeks of music therapy compared to 12 weeks of a matched play-based therapy intervention on a group of autistic children. Before and after each intervention, children are assessed for neurobehavioural and biological outcomes, such as social communication skills, participation or brain connectivity.

Silani considers it extremely important to create more awareness of autism and to empower people on the spectrum, but she also demands awareness of other personality traits. One way to achieve this would be to introduce the concept of a different mind – the neurodiverse mind – in school: "Also, it is important to have diverse classes, with different types of children, including children with autism for example."

Empathy depends on biological factors, on how much you like someone, on how much you think someone is like you – "we have to think about how to deal with that." This way, we would be more equipped to counteract a kind of distortion of empathy. "It is important, that we do not try to make everybody equal," neuroscientist Giorgia Silani states finally, "We live in a society that can afford such diversity." (sn)