Adaptation on climate change and its limits

9. März 2022 von Lisa Schipper
The new chapter of the IPCC climate report is clear: Climate change affects the planet, biodiversity, our lives in a severe way. Lisa Schipper in her guest article about adaption on climate change. 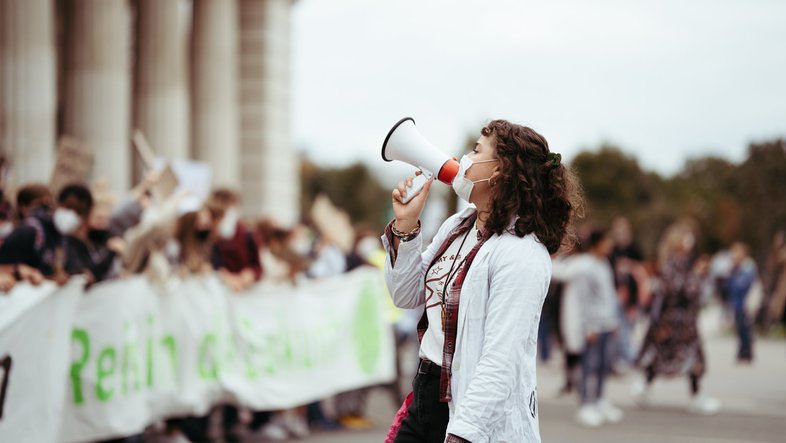 To cope with global warming there need to be adaptation to it. When we won’t reduce our emissions, adaptation has its limits. © FFF Wien/Julian Kragler

The Intergovernmental Panel on Climate Change (IPCC) published its Working Group II report on ‘Impacts, Adaptation and Vulnerability’ from the 6th Assessment Report (AR6) on Monday 28 February. The report paints a stark picture about the impacts of climate change on natural and human systems, the limitations to our ability to adjust to these impacts, and points to insufficient action to address the underlying reasons why we are sensitive and exposed to climate change in the first place. In particular, it identifies how humans and ecosystems can adapt to the changing climate, but cautions that there are many limits to how much we can adjust.

The IPCC report is one of four that come in the AR6 cycle: in August the world heard about the ‘code red for humanity’ from the Working Group I report on the physical science of the climate system. That report showed how we are already at 1.1C global average warming above pre-industrial levels. We are on a trajectory to hit the 1.5C limit by 2040 even with the most stringent efforts to reduce emissions. The WGII report brings in the people and ecosystems that are affected by the changes in the climate system.

Most notably it finds that impacts are worse than predicted in previous assessments, and that some of the impacts will be irreversible, especially as we cross the 1.5C threshold. Coral reefs are some of the ecosystems that will be permanently damaged, with the knock-on effects on marine and terrestrial life. In the Austrian Alps, permanent losses include vanished cultural heritage and iconic sites, while other impacts include the increasing frequency and intensity of droughts.

Adaptation on Climate Change has its limits

Since the last assessment came in 2014 (AR5),  there has been a huge surge in the number of studies on adaptation to climate change. Adaptation includes measures like building codes to account for higher temperatures, and zoning to prevent construction in high flood risk areas, as well as eg. strategies to address unequal impacts of climate change on women. This is because we now have much more empirical evidence to draw on for analysis.

What is the IPCC-Report?

The IPCC is a collection of scientists who assess literature on climate change. They are independent and unfunded and nominated by their governments or organisations. The Working Group II Summary for Policymakers and underlying chapters and cross-chapter papers can be found here.

In the last 15 years, projects, programmes and plans on adaptation have abounded, with one study suggesting at least 170 countries have some strategy in place. These are needed because impacts of climate change are already being felt and because of the projected changes into the future. Unfortunately, while we find more evidence of adaptation, there are two big problems: we find evidence also of the limits to adaptation, and we find that some projects are ‘maladaptive’, ie making people more vulnerable to climate change, rather than less.

These projects are in other words backfiring. The limits to adaptation can be categories as hard – ie ones that we cannot overcome, such as in certain ecosystems where no matter of human intervention can help – and ‘soft’, where we see significant barriers, such as lack of funding, education, or institutional constraints. Limits become more serious and extensive as the climate warms.

We wouldn’t, for example, want development that increases emissions or makes people more exposed or sensitive to climate change. One of the most promising areas for this sort of development is in urban areas, which are rapidly expanding, especially in the countries where development is more urgently needed. We describe these as the real hotspots of opportunity for climate resilient development.

Lisa Schipper is Visiting Researcher at the Department of Geography and Regional Research, and will be Ida Pfeiffer Visiting Professor for Fall/Winter 2022/3. She teaches on Decolonising Knowledge, and Climate Change and Climate Justice.

She was one of the so-called ‘Co-ordinating Lead Authors’ of the chapter 'climate resilient development pathways' in the IPCC-Report . She is also Research Fellow at the Environmental Change Institute at the University of Oxford and the co-Editor-in-Chief of the academic journal Climate and Development.